On a beautiful Wednesday afternoon, a colleague and I had the pleasure of testing out Pedego’s new Electric Fat Tire Bikes. This past summer I rented their cruisers and had a blast riding around town, so I was excited to hear they were staying open this winter with a new fleet that could handle the snow.

Who – 18 years of age or older to rent alone. However, if accompanied by a guardian, anyone can rent as long as they fit the bike properly and know how to ride a bike.

After cruising around the parking lot and getting familiar with the controls and pedal assist, we were off on our own. Pedego is located on Bonanza Drive, which is near The Rail Trail. The Rail Trail would have been a perfect route to take; however, I wanted to get a nice photo by the famous McPolan Barn, so we made our way towards 224 using the Mcleod Creek Trail.

There is an entrance to the trail in the parking lot of The Market. Until this point, we hadn’t experienced much snow coverage, but the bikes were working great. My colleague and I took it nice and slow, especially where snow and ice pile up from the street plows.

Once we made it to the bike path it was smooth sailing, I could feel the difference of being on snow, but I was impressed by the control you had with the fat tires. However, I still took it slow, as I could feel the snow shift below the tires. 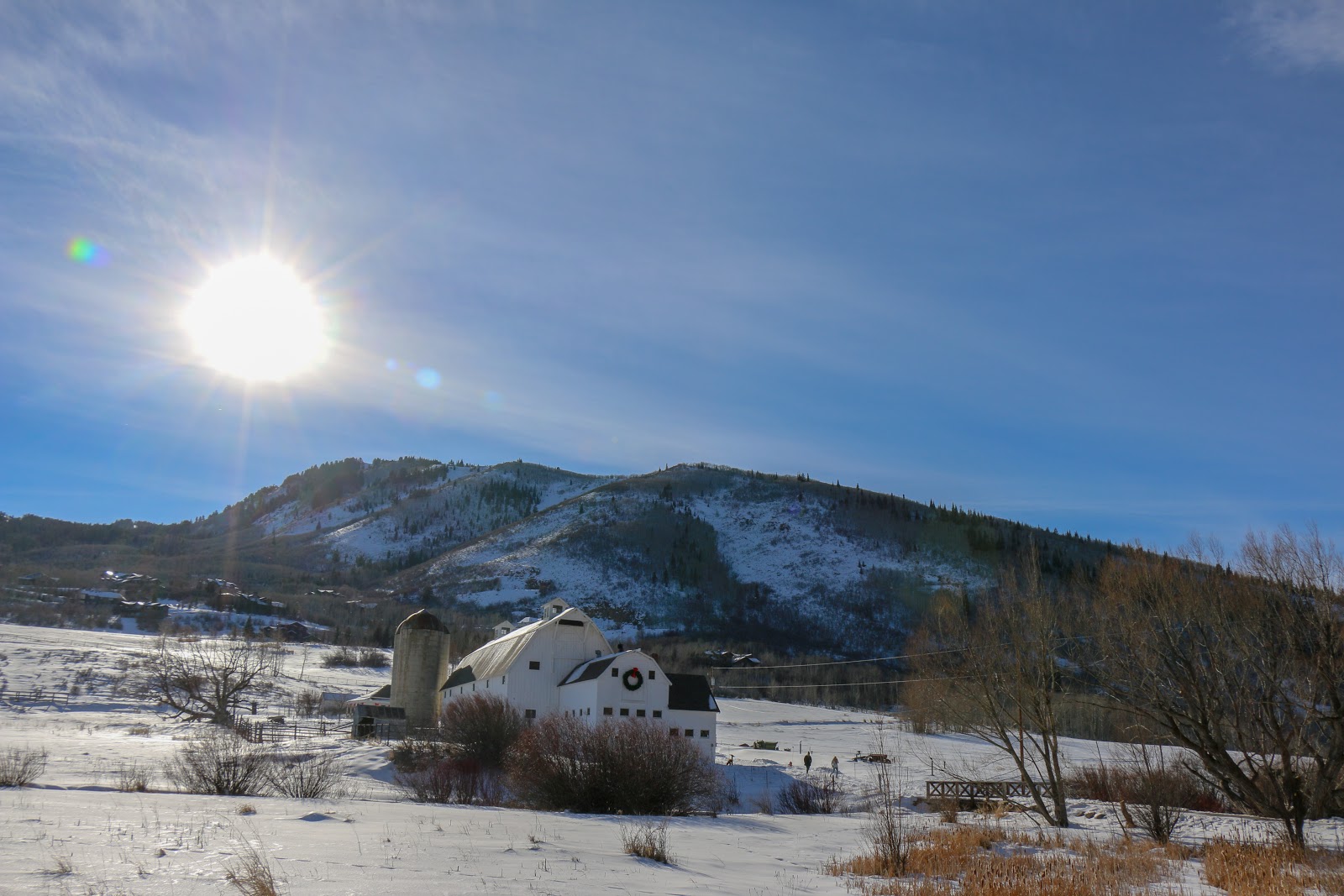 After making it to the barn, we noticed that we had to turn back the way we came, as the pathways behind the barn were not groomed, and what was groomed, was not for fat bikes to use. It’s important to know that E-Fat Bikes are only allowed where electric bikes are approved, they are not allowed on any of the city-owned single track trails. 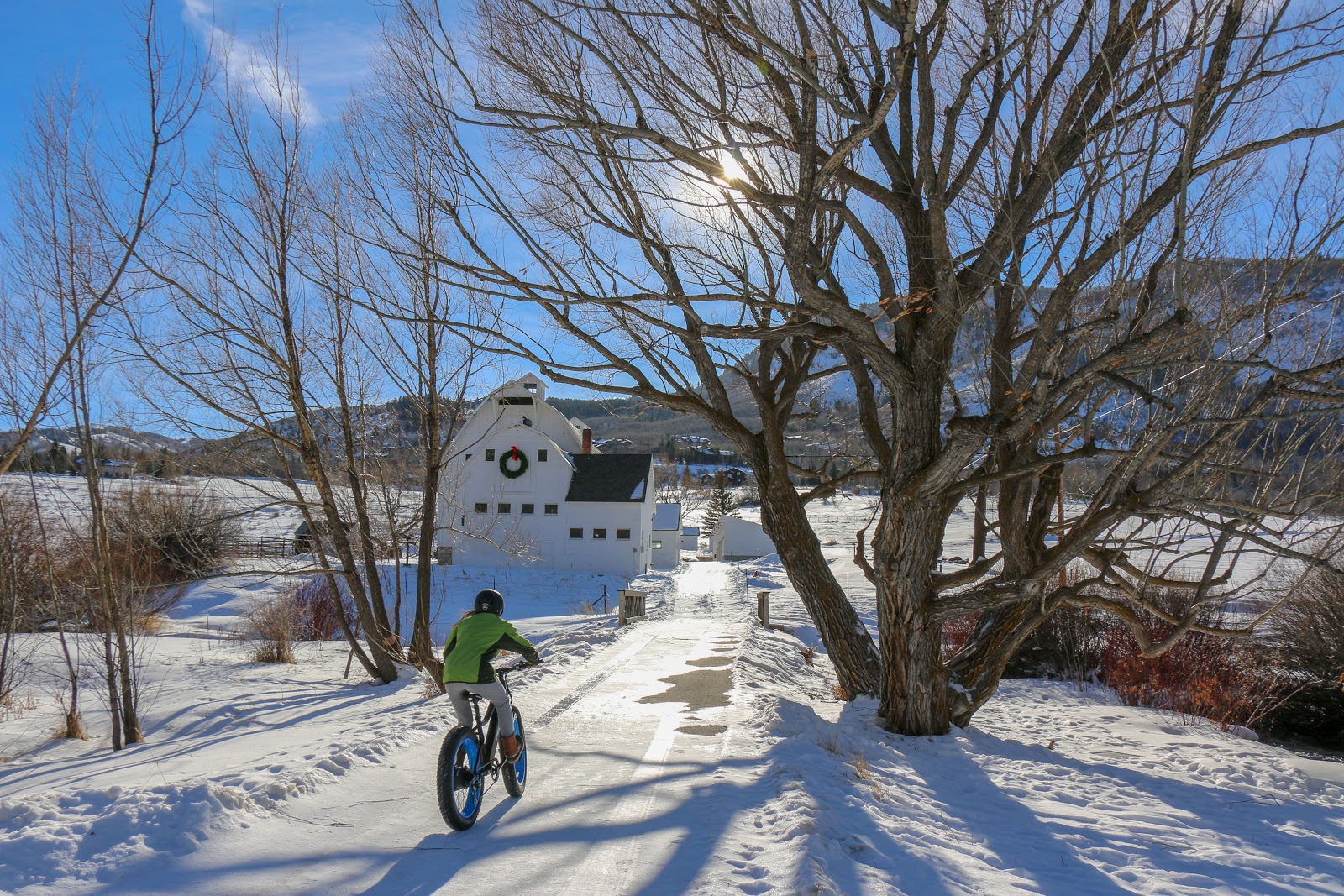 After snapping some photos and agreeing that we should have worn gloves, we made our way back Pedego. 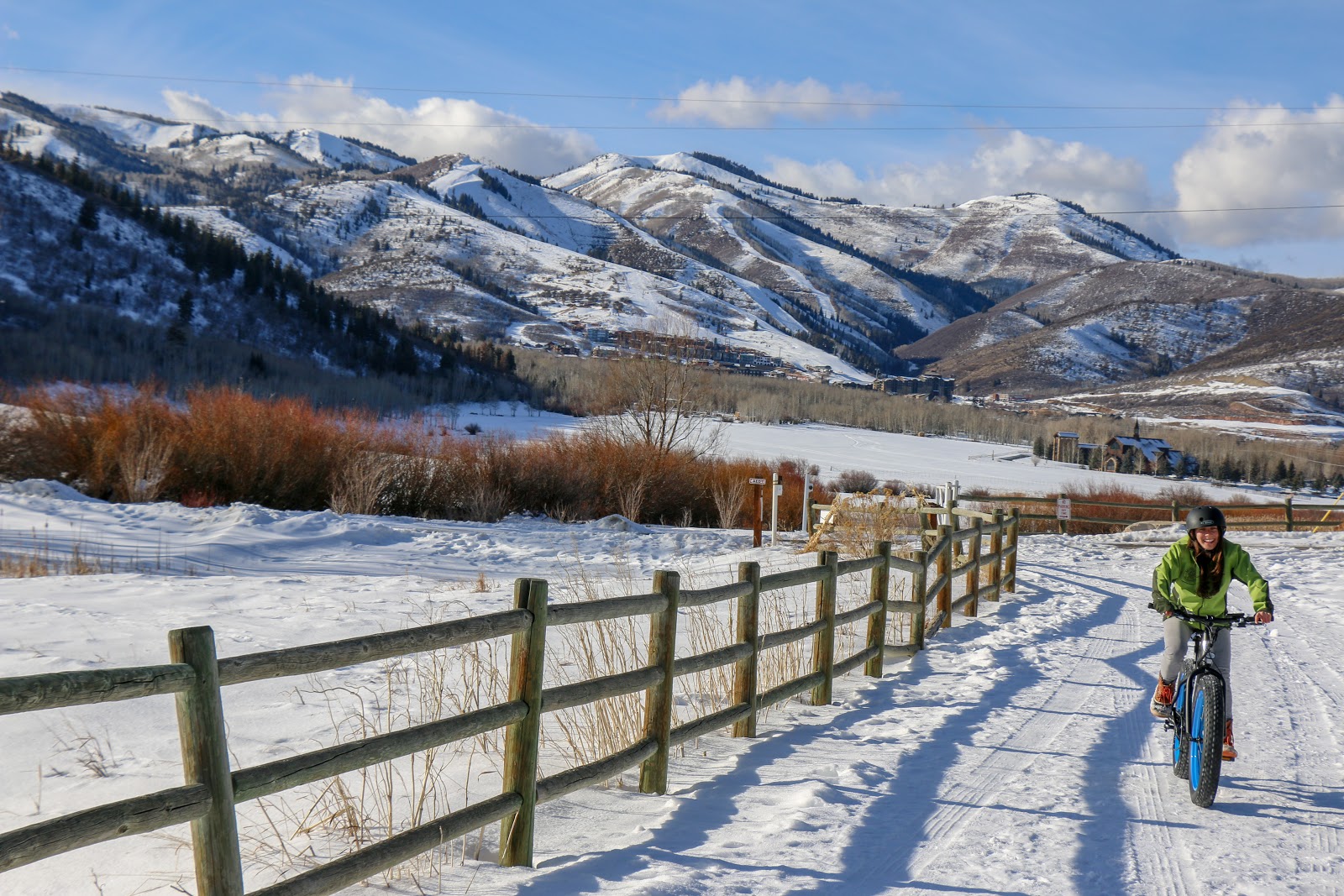 One of my favorite things about electric bikes is that they allow you to travel so much further than you may on a traditional bike. Especially if you are just getting to town and are not climatized to the altitude. It’s a perfect way to share the beauty of Park City with friends and family visiting from out of town, and a great addition to any vacation in Park City. 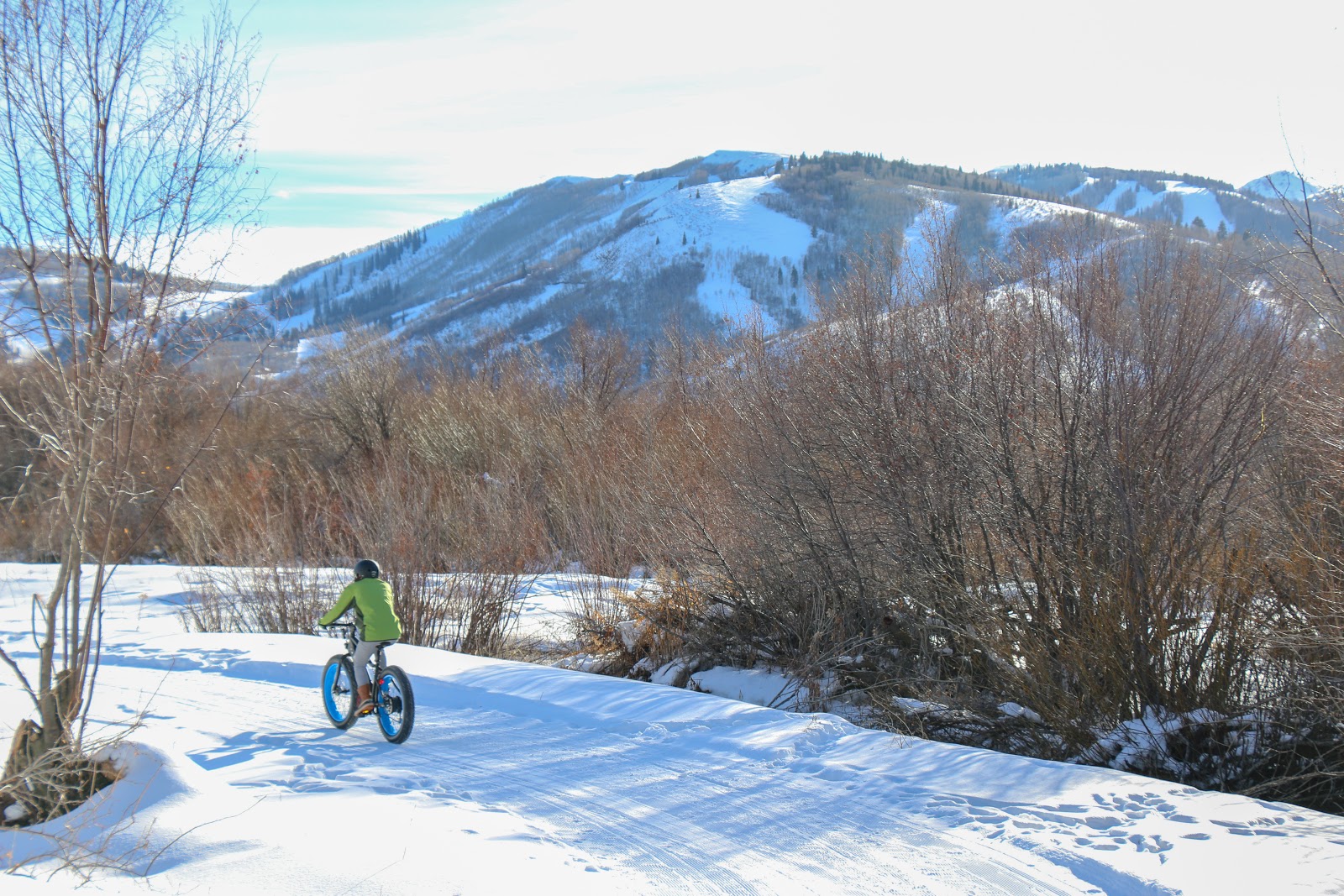 Park City is filled with great bike paths, and bike rides are such an excellent way to experience Park City. Pedego Park City recommends three routes from their shop that would be perfect for a mid-day winter cruise. They are The Rail Trail, McLeod Creek Trail, and the Poison Creek Trail/Deer Valley Loop. So, if you are looking for another fun way to explore Park City this winter, I would recommend going on an Electric Fat Tire Bike ride.

Dustin was born and raised in a small town in mid-Michigan. Before moving to Park City, he served as a Program Manager for over 5 years at Sundance Institute in Los Angeles, California. In addition to loving the mountain lifestyle, he has a passion for film, wine, travel, and all things arts and culture.